You are here: Home1 / Our Lawyers and Staff2 / James Yousif Litigation Lawyer 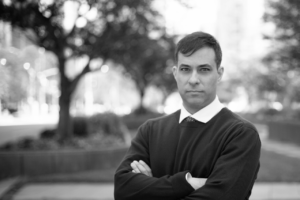 James Yousif is Of Counsel to Zvulony & Co.

He obtained his law degree from Osgoode Hall Law School.  James has represented clients before the Ontario Superior Court of Justice and the Ontario Court of Appeal in a variety of civil and commercial matters, as well as numerous arbitrations and mediations.  James has also served as a Director of Policy to the federal Minister of Immigration, and Chief of Staff to the federal Minister of State for Seniors.

From 2015-2018 James was a trial-level adjudicator at the Immigration and Refugee Board of Canada, where he had the opportunity to refine his interrogative technique over the course of many hearings.  His decisions have been upheld on appeal to the Federal Court of Canada on numerous occasions.

James has litigated a variety of commercial and contractual disputes, including complex commercial real estate and leasing transactions, fraud cases spanning multiple jurisdictions, and the recovery of losses resulting from environmental contamination at commercial properties.  He has also represented consumers in civil actions against mutual fund dealers.