What Is An Implied Copyright Licence?

The Canadian courts have held that an implied copyright licence can be imputed by the conduct of the licensor.   The nature of this kind of licence is that it was not expressly granted, but the licencee assumed that it had the right to do the thing it did with the copyrighted work.

It may be tricky to determine whether an implied copyright licence does in fact exist.  The leading case in Canada on implied copyright licences is Neputsky v. Dominion Bridge Co., [1972] S.C.R. 368.  In it, a structural engineer sued a steel fabricator for copyright infringement, when the fabricator made certain modifications to the architectural plans used to design the Ottawa Civic Centre. The plans had been provided by agreement to the architect in charge of the project, and the defendant fabricator got its hands on the plans and made copies of them to complete the work. As well, the defendant made minor changes to save costs, but these changes did not affect the overall artistic character or design of the building.

The Supreme Court of Canada overturned a decision finding copyright infringement, because there was a deemed implied copyright licence to use the copyrighted work, by virtue of the underlying agreement with the City of Ottawa.  The Court found that the changes made to the plans were a result of the plaintiff’s failure to make changes implicitly required by the contract, in the interest of staying within the agreed-upon costs.  Because the plaintiff was in breach of the original contract, there was an implied licence for the defendant to make changes that should have been made by the plaintiff in the first place.  The Court also found that the copies made by the defendant were necessary to carry out the construction.

[T]he engagement for reward of a person to produce material of a nature which is capable of being the subject of copyright implies a permission or consent or licence in the person making the engagement to use the material in the manner and for the purpose in which and for which it was contemplated between the parties that it would be used at the time of the engagement.

The Neputsky decision was mentioned in Robertson v. Thomson Corp. (2001), 15 C.P.R. (4th) 147 at 186 (Ont. S.C.J.) aff’d (2004), 243 D.L.R. (4th) 257., where the concept of an implied copyright licence was further explored.  Robertson, a freelance writer sued a newspaper for copyright infringement, claiming that it had republished her submissions online without her permission. The newspaper had converted the articles into digital formats, including CD-ROMs and internet databases, and made them available to its subscribers for a fee.

The newspaper had policies concerning the use of submissions in other digital formats, which stated that it could always make submissions received from contributors available to its subscribers in digital formats.  This policy was not explained to the plaintiff, nor was it a common policy at the time, about which the plaintiff would have had reason to know.  The newspaper argued it had an implied copyright licence to make the materials available online because the plaintiff had licenced the paper to include her articles within its print issue.

The Ontario Court of Appeal affirmed the lower court’s decision finding that there was no implied copyright licence. Because the newspaper had not made its policies with respect to usage of submissions known to the plaintiff, it could not use the submissions for electronic postings and assert that it was implicitly licenced to do so. An implied licence can only be inferred where the parties in question were like minded about the terms of the written licence agreement.  Because there was no meeting of the parties’ minds in this case, there could be no implied copyright licence. [The Supreme Court of Canada has heard an appeal in the Robertson case and is expected to render its decision in June 2006].

When judging conduct, it is important to look at the purpose behind the original granting of rights in a copyrighted work, and discern whether indeed there was an implied copyright licence to do more than was originally granted.   There must be a connection between the purpose for which the work was granted in the first place and the defendant’s subsequent conduct in using the copyrighted work. As with other heavily fact-determined inquiries, there will be nuances that influence the outcome of each evaluation.

Where the facts point to a seamless link between the terms of a written licence and the eventual conduct, and indicate that the parties were in some form of agreement about the extended use, there will likely be an implied licence found.  However, where the facts point to a break in the chain between a written licence and the defendant’s conduct, or where one party unilaterally introduces new policies without communicating them to the other party, an implied copyright licence will likely not be found.  The determination of an implied licence requires probing into all the surrounding facts and a rudimentary exercise of logic.  As such, in most cases it best to make things explicit and to reduce terms of a copyright licence to writing. 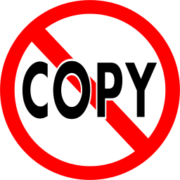