Publications
You are here: Home1 / Publications2 / Criminal Law3 / The Law of Impaired Driving in Canada 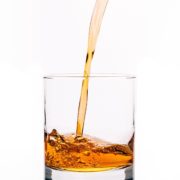 The Law of Impaired Driving in Canada

(a) while the person’s ability to operate the vehicle, vessel, aircraft or railway equipment is impaired by alcohol or a drug; or

(b) having consumed alcohol in such a quantity that the concentration in the person’s blood exceeds eighty milligrams of alcohol in one hundred millilitres of blood.

A person is guilty of impaired driving where he uses a motor vehicle while under the influence of alcohol or a drug. The person must either use the vehicle while impaired or after his blood alcohol level was 80mg of alcohol to 100ml of blood (0.08).

The Crown must prove two basic things: first, that the accused used the vehicle; second, that the accused did so while impaired (intoxicated). These elements must be proved beyond a reasonable doubt. A person will have used the motor vehicle if he either operated the vehicle, or he had care or controlof the vehicle. It does not matter whether the vehicle was in motion at the time of the incident.

Care or Control of the Vehicle

The term care or control has been defined in law as follows:

Care or control may be exercised […] where an accused performs some act or series of acts involving the use of the car, its fittings or equipment […] whereby the vehicle may unintentionally be set in motion creating the danger the section is designed to prevent. (Ford v. The Queen)

In one case, an accused was found guilty of impaired driving where the car was parked but the motor was running to keep warm.  In another case, an accused was acquitted of impaired driving where he was found in the front seat in a sleeping bag.  The court acquitted him because lying in the sleeping bag kept him from being in de facto control of the vehicle.  Courts judge care or control by the potential danger that may be posed to the public at the time of the incident.

A person either has to have consumed enough alcohol or drugs so that his ability to drive was impaired, or to have a blood alcohol level of 0.08 at the time of the offence. Any degree of impairment, whether slight, great, or in between, is enough to meet the first part of this element, as long as the impairment relates to the accused’s ability to drive. A finding of a 0.08 blood alcohol level is sufficient to meet the second part of this element, whether or not the accused intended to drink above the legal limit.

A defence available to an accused for impaired driving is the defence of involuntary intoxication. This defence has been defined in law as follows:

Involuntary intoxication may occur: (a) where a person is made intoxicated by the fraud or stratagem of another, e.g., where, unknown to him, someone has placed a drug in his drink or (b) where he has taken a drug bona fide prescribed by his physician without being aware of the effect. (R. v. King)

In a leading case, an accused fell unconscious while driving after he had been given an anesthetic at the dentist’s office. He had been warned about the drug’s effects only after it was administered. The court acquitted him, reasoning that he could not have been in a state to appreciate that his driving ability would be impaired. Where the person did not know, or could not have known, that he was consuming something that would cause his ability to drive to be impaired, the defence of involuntary intoxication will result in an acquittal.

Courts look at various purposes and factors when deciding which sentence is appropriate in the circumstances. Among the relevant factors are the seriousness of the offence, the accused’s condition at the time of the incident, the accused’s living circumstances and responsibilities, the community’s safety, and the accused’s past record. This list is not exhaustive, and the facts of each case determine the outcome.

A convicted offender will typically face a fine or imprisonment, together with a driving prohibition, and a driver’s license suspension.

A high blood-alcohol level is an aggravating factor in considering a sentence but will not always mean a severe punishment.  In one case, a defendant was convicted of a first time offence of driving with a blood-alcohol level of 0.18. The court sentenced him to pay $600 and a one-year driving prohibition, despite the high blood-alcohol level, considering his living conditions and responsibilities.  In another case, a defendant was convicted of his tenth impaired driving offence. The court sentenced him to four and a half years of imprisonment, looking at his dangerous conduct at the time of the offence, and the fact that this was his tenth conviction. 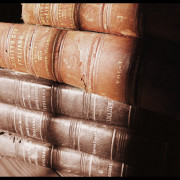 What is Wrongful Dismissal? 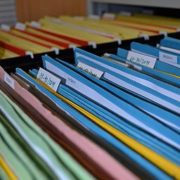 Ask a Criminal Defence Lawyer
The Definition of Total Disability

Publicity Rights in a Photograph
Scroll to top