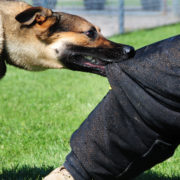 Dog Bites and the Law

Dogs, it is said, are man’s best friend. But a dog can turn into someone’s worst enemy with just one bite. When a dog bites someone, the victim may understandably want to take legal action. But for obvious reasons, it is hard to sue or indict a dog. The one who must be the target of any legal action, then, is the dog’s owner – but when is an owner liable for a dog’s biting or attacking someone, and what are the remedies for an individual who has been bitten or attacked? This article will address these questions within the context of the laws of Ontario.

For many years, there was not any legislation regarding dog bites, and the legal doctrine on the issue was ruled entirely by common law. The general rule was that an owner could be liable for a dog’s behaviour, but there was also a saying that “every dog is entitled to one bite” – which meant that if an owner did not have any way of knowing that his or her dog had a tendency to bite, he or she would not be liable for the first time the dog bit someone.

However, most provinces have replaced this unsatisfactory premise with specific legislation. In Ontario, dog bite incidents are governed by the Dog Owners’ Liability Act (R.S.O. 1990, Chapter D.16). It states that when a dog bites or attacks a person or another pet, the dog’s owner is liable for any damages that result. If the dog has more than one owner, then both or all the owners are equally liable.

Under this law, the person who suffered the damage does not have to prove that the dog’s owner was negligent or that the dog’s behaviour was in any way caused by the owner.  Nor does the owner have to have any knowledge of the dog’s propensity for biting people, which he or she required under the old “one bite” rule. All that must be shown under the legislation is that the dog bit or attacked someone, and the owner is automatically liable for the dog’s actions, it is said that the dog owner in these scenarios is held to “strict liability”.

The Dog Owner’s Liability Act contains an important exception for a dog that protects its owner’s property. S. 3(2) says that if a person gets bitten or attacked by a dog while trying to commit a crime, the dog’s owner is not liable “unless the keeping of the dog on the premises was unreasonable for the purpose of the protection of persons or property.”

With regard to awarding damages, the law states that the judge should take the owner’s fault into account when calculating damages and may increase or reduce the damages depending on the defendant’s degree of contribution to the dog’s actions. For example, if the owner was negligent in failing to hold back the dog, or ignored the dog’s tendency to bite people, then he or she will have to pay more damages than an owner whose actions or lack thereof did not contribute to the dog’s behaviour.

If the accident was caused in part by the negligence of the victim – say, the victim provoked the dog – then the judge may reduce the damages by the amount the victim is deemed to be at fault; for example, if the judge believes that the victim was 30% responsible for the damages incurred, then the damages will correspondingly be reduced by 30%.

If someone else, other than the owner and the victim, was responsible for the dog’s actions (for example, someone who was entrusted to watch the dog and then failed to do so), then it is still the owner who is liable to pay damages.  However, the owner can then require that other person to compensate them for their portion of the damages.

Under the Act, a court can also order an owner to take more control over a biting dog or even get rid of the dog altogether. The consequences for an owner will depend on what the dog has done and on the owner’s conduct or lack thereof. If the court decides that the dog is a menace to the safety of the public, it can order that the dog be destroyed. Or it can allow the dog to remain alive, but order the owner to take more precautions to protect the public from the dog.

Also, the Act contains a very vaguely-worded provision that the court may order the owner of a biting dog to “take the measures specified in the order for the more effective control of the dog or for purposes of public safety.” Because of the vague wording, this means in practice that if a dog has bitten someone, a court can make all sorts of unusual orders in the name of “public safety,” even to the point of declaring the owner ineligible to own a dog for a period of time. In a recent case, R. v. Brenhouse [2004] O.J. No. 4818, the owner of two unruly dogs not only was told that the dogs would have to be destroyed, but that she would be prohibited from owning a dog for five years after that. (The court found her unfit to own a dog, in part, because she had ignored a previous order to take precautions to prevent those dogs from hurting anyone.) The order was upheld on appeal. So it appears that it is sometimes possible to make sure that a negligent dog owner will not buy another, equally uncontrolled dog.

The dog bite laws in Ontario are clear.  Owners of dogs who bite will in the overwhelming majority of cases be liable to the victim for damages. 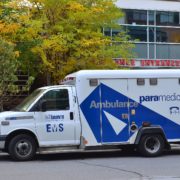 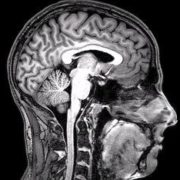 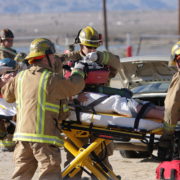 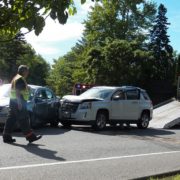 Ask a Personal Injury Lawyer
Disadvantages of Will Kits