Toronto Defamation Lawyer  Gil Zvulony successfully defended a defamation case by convincing a judge of the Ontario Superior Court of Justice to throw out the case for being fundamentally defective.  The plaintiffs had sought over 2 million dollars in damages for libel and slander, interference with economic relations and conspiracy to injure.  Mr. Zvulony successfully attacked the Statement of Claim on technical reasons.  He argued that the Statement of Claim did not comply with the strict rules of pleadings in defamation cases.  The Statement of Claim made broad allegations of wrongdoing without being specific about what was said and by whom.

After hearing arguments but not hearing any evidence, the judge found that the Claim was fundamentally defective and dismissed the bulk of the case. Gil Zvulony said:

“This case highlights the unique expertise needed to handle defamation lawsuits.  When such a lawsuit is brought before the courts it must be clearly spelled out and conform to the technical requirements of pleadings. Broad and unspecific allegations of wrongdoing should not be tolerated in a Statement of Claim.  If defense counsel is presented with such a claim, usually the best move is to prevent the case from getting off the ground”

A copy of the decision may be found here: Defamation Case Dismissed.

DISCLAIMER: Past results are not necessarily indicative of future results. The amount recovered and other litigation outcomes will vary according to the facts in individual cases. 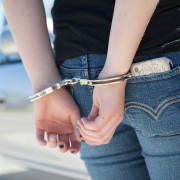 Time Limits for a Defamation Lawsuit in Ontario

Ask a Defamation Lawyer
In the News: Our Lawyer on CTV News