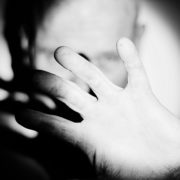 What Are Publicity Rights?

The Nature of Publicity Rights

Publicity rights differ from privacy rights in that privacy rights protect against unwanted intrusion into an individual’s private space, whereas publicity rights deal with the individual’s right to control the exploitation of his or her image. As Justice Lederman clarified, in Gould Estate v. Stoddard Publishing Co., (1996) O.R. (3d) 520, (Gen. Div.), aff’d (1998), 39 O.R. (3d) 545 (C.A.),

The right of privacy is considered a personal tort and is designed to protect an individual’s interest in dignity and peace of mind. The right of personality protects the commercial value of a person’s celebrity status.

How Publicity Rights are Infringed

Publicity rights are infringed when someone makes use of an individual’s personality in a way that interferes with the individual’s ability to market him or herself. An example of this is publishing a photograph of a person without his or her permission in an advertisement that endorses another person’s products. When an infringement like this has occurred, the cause of action protecting publicity rights is the common law tort of appropriation of personality.

The Exploitation Prominently Displayed the Complainant

Firstly, in order for there to have been an appropriation of personality, the exploitation in question must have prominently displayed the individual bringing the action. This means that, where only a small part of the individual’s body was displayed, such that the individual cannot be recognized, there will likely be no appropriation. (See Joseph v. Daniels (1986), 11 C.P.R. (3d) 544 (B.C.S.C.), where only a portrayal of a bodybuilder’s torso was shown, and the British Columbia Supreme Court dismissed the action.)

A seminal case in Canada to recognize the tort of appropriation of personality was Krouse v. Chrysler Canada Ltd. et al. (1973), 13 C.P.R. (2d) 28 (Ont. C.A.). In Krouse, a Hamilton Tiger-Cats football player sued Chrysler for using his image on a player “Spotter” device. The Spotter featured rotating shots of football players together with rotating player numbers, such that users could identify which players were lined up to play against corresponding players from the opposing team, during a football telecast. On the picture forming the subject matter of the action, the plaintiff was featured within the same action shot as players from the other team. Only his backside was visible, along with his jersey number.

However, Estey, J. did not categorically dismiss the possibility of a tort that could broadly be read to encompass an individual’s right to control how his or her personality is used:

[T]he common law does contemplate a concept in the law of torts which may be broadly classified as an appropriation of one’s personality […] there may well be circumstances in which the Courts would be justified in holding a defendant liable in damages for appropriation of a plaintiff’s personality, amounting to an invasion of his right to exploit his personality by the use of his image, voice or otherwise with damage to the plaintiff.

The Exploitation Captured The Complainant’s Quintessence

Secondly, in order to make out a claim in appropriation of personality, the exploitation must capture the complainant’s quintessence, or his or her defining characteristics.

An early case in Canada to award damages for appropriation of personality was Athans v. Canadian Adventure Camps Ltd. et al. (1977), 17 O.R. (2d) 425 (Ont. H.C.J.) (“Athans”). In Athans, a waterskiing expert sued a camp and a public relations firm after they published a distinctive photograph of him, reworked as a line-drawing inside a camp brochure. The photograph used by the defendants was the same photograph that the plaintiff had used repeatedly for commercial purposes, as an expert in waterskiing with an international reputation. The picture had been reproduced in the brochure without the plaintiff’s consent, and without having given the plaintiff a credit on the brochure.

The commercial use of his representational image by the defendants without his consent constituted an invasion and pro tanto an impairment of his exclusive right to market his personality. This conduct gives rise to an action sounding in tort that is separate and distinct from any action based on infringement of trademark or copyright, should that exist.

The Exploitation Was Done For Commercial Purposes

Thirdly, in order for appropriation of personality to be met, there must have been an exploitation of the plaintiff’s personality for commercial purposes. In Gould Estate v. Stoddard Publishing, Co. (1996) 30 O.R. (3d) 520 (Ont. Gen. Div.) aff’d (1998), 39 O.R. (3d) 545 (Ont. C.A.), Justice Lederman of the Ontario Court, General Division, discussed the sales vs. subject distinction: If the plaintiff’s image or likeness is used for commercial endorsement purposes, then there will have been appropriation; however, if the image or likeness was used for public interest purposes, such as comment, news dissemination, or for educational purposes, then there will have been no appropriation:

In the end then, and perhaps at the risk of oversimplifying, it seems that the courts have drawn a “sales vs. subject” distinction. Sales constitute commercial exploitation and invoke the tort of appropriation of personality. The identity of the celebrity is merely being used in some fashion. The activity cannot be said to be about the celebrity. This is in contrast to situations in which the celebrity is the actual subject of the work or enterprise, with biographies perhaps being the clearest example. These activities would not be within the ambit of the tort.

In Gould Estate, the now deceased musician, Glenn Gould, had been interviewed by a writer, and numerous photographs had been taken. After he died, excerpts of the interview and many of the pictures were reproduced and published in a book about Gould. Gould’s Estate sued the publisher of the book for appropriation of personality. The Court held that there was no appropriation in this case because the purpose of the book was to expose Gould, as an enigmatic public figure, to an inquiring public.

A similar result occurred in Horton v. Tim Donut Ltd., [1997] O.J. No. 390 (Gen. Div.), in which hockey legend, Tim Horton’s widow sued the current owners of the donut business for appropriation of personality, after photographs of Horton were reproduced in a painting done by a famous sports legends painter and used in a charity campaign run by the current owners. The widow had previously accepted a copy of the painting without protest, and had shown no signs of disapproval before the action had been commenced.

Justice Lax of the Ontario Court, General Division, held that there was no appropriation of personality in this case, because the purpose of the exploitation was for charity, not commercial gain.  Additionally, Tim Horton had consented to the use of his personality while he had run the business, and therefore his business had profited from the endorsement. As such, there was no change in this consent after Horton died, as the business continued to profit from the exploitation of his image.  Furthermore, Justice Lax opined that Horton was the subject of public interest, in the same way as Gould had been in Gould Estate.

How Damages are Quantified

The Court in Athans quantified damages in terms of the amount that Mr. Athans ought to have reasonably been able to receive in the market for permission to publish the drawings based on his photograph. Mr. Athans was awarded 10% of the camp’s gross receipts, a figure that the parties had talked about during negotiations for an endorsement of the camp, which had occurred before his picture was used without his permission.

In Racine v. C.J.R.C. Radio Capitale Ltee (1977), 35 C.P.R. (2d) 236 (Ottawa Cty. Ct.), a former Ottawa Roughriders football player sued a radio station for wrongful dismissal and appropriation of personality after he was released from a contract to commentate during football games, without  just cause. The station had traded on the plaintiff’s name and reputation to generate publicity for the broadcasts. Justice Marin of the County Court, Judicial District of Ottawa-Carleton granted the plaintiff’s action and awarded damages, based on the amount reflecting what the former player would have received had the contract to commentate gone through.

The fee that a complainant would have commanded had the exploitation of his or her personality not occurred without permission would be the equivalent of a licence fee, since licensing the use of one’s personality is giving permission to use it, generally in exchange for money. As such, it is safe to assume that celebrities would command a higher licence fee than non-celebrities. 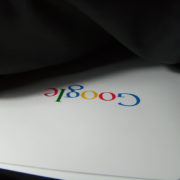 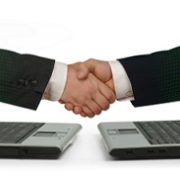 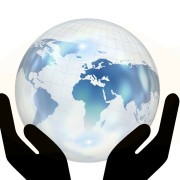 Ask an Internet Lawyer
The Law of Impaired Driving in Canada