Publications
You are here: Home1 / Publications2 / Labour and Employment Law3 / Non-Competition Agreements – A Lesson to Employers

A Lesson To Employers – Take Only What You Need

The Ontario Court of Appeal’s decision in Lyons v. Multari (2000) 50 O.R. (3d) 526 (Ont. C.A.) [hereinafter Lyons] has reconfirmed the notion that an employer has an uphill battle in enforcing a non-competition clause in an employment agreement.  MacPherson J.A., writing for the Court, reiterated that generally a non-solicitation clause will provide adequate protection for an employer, and only in exceptional cases will the nature of the employment justify a non-competition clause. The Court sought to strike a balance between the freedom of contract and the public policy importance of discouraging contracts that restrict competition. In doing so, the Court once again warned employers that when drafting restrictive covenants, they should take only what they need.

The facts in Lyons are relatively straightforward.  Dr. Lyons, an experienced oral surgeon, hired Dr. Multari, a recent graduate, as a new associate for his specialized dental practice in Windsor.  Dr. Lyons’ practice depended on referrals of patients from other dentists.  Dr. Lyons and Dr. Multari signed a short handwritten contract of less than one page.  There were three provisions in the contract. The first provision dealt with Dr. Multari’s remuneration and the third provision required him to give six months notice if he decided to leave Dr. Lyons’ practice.  The second provision simply stated: “Protective Covenant. 3 yrs. – 5 mi.”.

After seventeen months, Dr. Multari resigned from his employment with Dr. Lyons.  Less than a year after resigning, Dr. Multari opened a competing oral surgery clinic less than five miles away from Dr. Lyons’ office. At trial, Dr. Lyons sought damages for breach of the second provision in the handwritten contract.  After finding that Dr. Lyons had a valid proprietary interest worthy of protection the trial judge held that the three year/five mile non-competition clause was reasonable and awarded Dr. Lyons damages.  The trial judge stated:

I am of the view that the geographic implications of the covenant were not so broad as to exclude the possibility of Dr. Multari engaging in a meaningful and productive practice in the City of Windsor, and did not preclude the possibility of those who would choose his services over that of Dr. Lyons, or the other competitors being able to seek them out and enjoy them. Neither am I satisfied, that given the nature of the practice, given the fact that Dr. Multari was being given free access and indeed having transferred to him referrals which clearly would be coming to the Lyons practice or Dr. Lyons personally, that a 3 year restriction would in the circumstances be inappropriate. Neither am I convinced, nor do I find that the implication of Paragraph 2 of the Understanding restricted competition generally. For the reasons which I have set out above, I am of the view that there remained portions of the City from which Dr. Multari could practice, that there was no restriction to his seeking referrals from within the 5 mile area, so long as his office was not located there, and there is no evidence put before me based upon which I could conclude, that the net ultimate effect of the 5 mile or 3 year restriction would be to preclude the possibility of Dr. Multari engaging in the practice at all, and as a consequence denying to the public generally access to his expertise and services. [Lyons v. Multari [1998] O.J. No. 5319 (Gen. Div.) at paragraph 47]

The central issue before the Court of Appeal was whether the trial judge’s characterization of the second provision was correct.  In applying the Supreme Court of Canada’s decision in Elsley v. J.G. Collins Insurance Agencies Ltd., MacPherson, J.A., considered three factors (“the Elsley test”). [1978] 2. S.C.R. 916 (S.C.C.) [Hereinafter Elsley] First, whether the employer has a proprietary interest entitled to protection; second, whether the temporal or spatial features of the clause are too broad; and, third, whether the covenant is unenforceable as being against competition generally, and not limited to proscribing solicitation of clients of the former employer.

The Court agreed with the trial judge that Dr. Lyons had a valid proprietary interest in the referral of patients to his practice from other dentists. The Court concurred that these referrals are akin to goodwill and as such, are capable of legal protection.The Ontario Court of Appeal recently cited its decision in Lyons for this proposition, see Infinite Maintenance Systems Ltd. v. ORC Management [2001] O.J. No. 77 (Ont. C.A.) at para. 20.

The Court also agreed that the temporal and spatial limits of the covenant were not in themselves unreasonable. Under this branch of the Elsley test, the Court did not examine the nature of Dr. Lyons’ specialized practice, the position held by Dr. Multari or the location of Dr. Lyons’ practice. Rather, the Court took the position that there was nothing wrong per se with a five mile/three year covenant.

The Court disagreed with the trial judge on the third branch of the Elsley test. It held that the legitimate interest in protecting his own referring dentists and patients could have been protected by a non-solicitation clause. This was not one of those “exceptional cases”, as explained by Dickson J. in Elsley, where a non-competition clause could be justified. In the Court’s opinion, the non-competition clause overreached for several reasons. First, Dr. Lyons did not have a proprietary interest in Windsor dentists who did not refer patients to him. Second, Dr. Lyons benefited financially from his association with Dr. Multari. Third, Dr. Multari was a normal associate and did not play a “special role” in Dr. Lyons’ practice. According to the Court, “in the eyes of the referring dentists, the personification of Dr. Lyons’ practice was the same person it had been for almost 25 years – Dr. Lyons”. Fourth, a simple non-solicitation covenant would have prevented Dr. Multari from soliciting referrals from Dr. Lyons referring dentists. Finally, the restrictive covenant in this case did not uniformly accord with the common practice in the dental profession (where non-solicitation clauses were the norm).

In denying the enforceability of the non-competition clause, the Court sought to maintain the mobility of entry level associates in the various professions:

An established professional person or firm – be it in the field of dentistry, medicine, engineering, architecture, law or other professions – will constantly seek to recruit entry level associates to the practice. Such recruitment is good for the established person or firm and for the young associate. It is natural that many of those relationships will end after a few years. Sometimes the firm will terminate the relationship; in other cases the associate will decide to move on. For professional and personal reasons, many associates will want to continue to work in the same community after they have left their original employer. There is nothing wrong with such a preference. However, the employer has a legitimate interest to protect – namely, its clients. In my view, in the circumstances of this case, a proper balancing of the interests of the employer and the departing employee is struck by the line drawn in Elsley. As a general rule, non-solicitation clauses are permissible; “in exceptional cases” only, non-competition clauses will be upheld.

The above passage was cited with approval in Orlan Karigan & Associates Ltd. v. Hoffman. In that case, the plaintiff employer, Orlan, Karigan was a small computer consulting firm. The defendants, Hoffman and Dasrath, were two former employees who formed a computer consulting firm. The defendants’ new firm accepted a contract from a previous client of Orlan, Karigan. Both former employees had signed agreements that, inter alia: a) prevented them from engaging in the same or similar business as Orlan, Karigan for one year after termination anywhere within Ontario; b) prohibited them from accepting a contract from any client of Orlan, Karigan for a period of one year; and, c) agreeing that these covenants were reasonable. The plaintiff sued the defendants for breach of the restrictive covenants.

The central issue before the Court was the enforceability of the restrictive covenants. The Court echoed the approach taken in the Lyons case. Juriansz J. stated that:

[i]n assessing restrictive covenants in employment contracts the Courts must balance freedom to contract and the right of individuals to earn a livelihood in a free and open market. Such covenants are enforceable only if they protect legitimate proprietary interests of the employer, and are reasonable between the parties and in terms of the public interest.

The Court found that Orlan, Karigan had a legitimate proprietary interest in its trade connections and that the temporal length and spatial area covered by the covenants were not unreasonable. The Court then turned to an examination of whether the covenants covered more than was reasonably necessary. The Court refused to consider the clause in the agreement stating that the terms of the restrictive covenants were reasonable. The reason being that “the public interest is an important consideration in determining the enforceability of restrictive covenants… a private contract cannot foreclose the Court’s consideration of the issues involving the public interest”.

The clause prohibiting the defendants from accepting contracts with the plaintiff’s clients was, in the Court’s words, “clearly extravagantly broader than necessary to protect Orlan, Karigan’s legitimate interest in its clients”. This was because the clause was not restricted to contracts to provide services that Orlan, Karigan provided, but extended to any contract with an Orlan, Karigan client. The Court then considered the reasonableness of the non-competition clause. The Court found that the defendants’ Hoffman and Dasrath were in a similar situation to the situation of the entry-level associates that MacPherson J.A. discussed in Lyons (see above). Juriansz J. states:

the defendants were young when they became employees of the plaintiff. They acquired experience and marketable expertise in their years working for Orlan, Karigan. However, their special knowledge was in software in which Orlan, Karigan had no proprietary interest. Counsel for the plaintiff did not persuade me there was any reason why they should be prohibited from pursuing a livelihood exploiting that knowledge in Ontario even for one year following the termination of their employment by the plaintiff.

The trial judge went on to find that this was not one of those “exceptional cases” in which a non-competition clause was permissible.

It is clear from both the Lyons and Orlan cases that where a non-solicitation clause can protect the legitimate proprietary interests of an employer then a non-competition clause will necessarily fall. Only in “exceptional cases” will a non-competition clause be upheld in an employment context. However, the question remains: what does an “exceptional case” look like?  In a decision, released a short time before Lyons, the Manitoba Court of Appeal provided some guidance on this issue. In Winnipeg Livestock Sales Ltd. v. Plewman(2000) 192 D.L.R. (4th) 525 (Man. C.A.) the Manitoba Court of Appeal, as in the Lyons case, applied the Elsley test in assessing the enforceability of a non-competition clause.

The nine circumstances are:

In light of this list, and the decisions in Lyons and Orlan, it is reasonably certain that in most employment situations a non-competition clause will be ineffective in protecting an employer from a departing employee who wishes to compete in the same business. The Courts have been relatively consistent in their position that if a non-solicitation clause can protect an employer’s interests, then a non-competition clause is probably unreasonable. Employers (or their solicitors) should avoid the inclination to draft restrictive covenants in broad, catch-all language. Or in other words, when drafting a restrictive covenant – take only what you need! 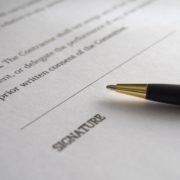 Things to Watch for in a Severance Package

Head-Hunted and Then Terminated 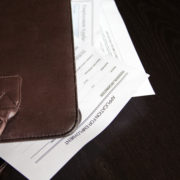 Lying on a Resume or during a Job Interview: Some Legal Implications 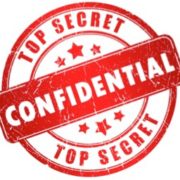 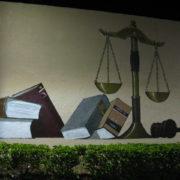 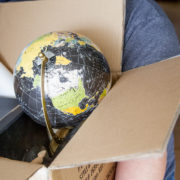 What is Just Cause for Dismissal?