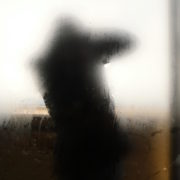 Toronto Internet Lawyer Gil Zvulony, spoke to various news media  regarding the  laying of criminal charges against Mark Marek,  under section  163(1) of the Criminal Code of Canada (reproduced below).  In June 2012, Mr. Zvulony expressed his opinion that distributing the Magnotta murder video was illegal and contrary to Canada’s obscenity laws.

Gil Zvulony was quoted in the CBC as saying:

If this guy is convicted, I don’t think he’s going to go to jail for this, He’ll probably get a slap on the wrist. But it will definitely send a message that distributing this kind of video is illegal and it is a crime and you could end up with a criminal record.

While Gil Zvulony has not seen the infamous video (he does not wish to), his opinion is based on various descriptions he has read of the video.

Wikipedia describes the video as follows:

On May 25, 2012, an 11-minute video titled 1 Lunatic 1 Ice Pick was uploaded to Bestgore.com depicting a naked male tied to a bed frame being repeatedly stabbed with an ice pick and a kitchen knife, then dismembered, followed by acts of necrophilia. The perpetrator uses a knife and fork to cut off some of the flesh and gets a dog to chew on the body.

The Criminal Code section 163(8) deems such a video to be “obscene” because the dominant characteristic of the video is sex with crime, horror, cruelty and violence.

When it comes to obscene materials, it is irrelevant if the depictions are real or fake.  Thus even if the exact depictions were rendered in 3D animation or staged with the use of actors, the video would still be obscene and distributing it would be illegal.

Gil Zvulony is hopeful that the laying of charges will raise awareness about the illegality of distributing such material.

On July 17, 2013 Gil Zvulony had an in-depth discussion about the case with Matt Holmes on CHML.  The broadcast may be downloaded here.

Relevant Section from the Criminal Code of Canada

(a) makes, prints, publishes, distributes, circulates, or has in his possession for the purpose of publication, distribution or circulation any obscene written matter, picture, model, phonograph record or other thing whatever; or

(b) makes, prints, publishes, distributes, sells or has in his possession for the purpose of publication, distribution or circulation a crime comic.

(2) Every one commits an offence who knowingly, without lawful justification or excuse,

(a) sells, exposes to public view or has in his possession for such a purpose any obscene written matter, picture, model, phonograph record or other thing whatever;

(b) publicly exhibits a disgusting object or an indecent show;

(c) offers to sell, advertises or publishes an advertisement of, or has for sale or disposal, any means, instructions, medicine, drug or article intended or represented as a method of causing abortion or miscarriage; or

(d) advertises or publishes an advertisement of any means, instructions, medicine, drug or article intended or represented as a method for restoring sexual virility or curing venereal diseases or diseases of the generative organs.

(3) No person shall be convicted of an offence under this section if the public good was served by the acts that are alleged to constitute the offence and if the acts alleged did not extend beyond what served the public good.

(5) For the purposes of this section, the motives of an accused are irrelevant.

(7) In this section, “crime comic” means a magazine, periodical or book that exclusively or substantially comprises matter depicting pictorially

(a) the commission of crimes, real or fictitious; or

(8) For the purposes of this Act, any publication a dominant characteristic of which is the undue exploitation of sex, or of sex and any one or more of the following subjects, namely, crime, horror, cruelty and violence, shall be deemed to be obscene. 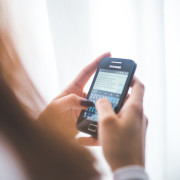 Legality of Challenges and Pranks Online

Ask an Internet Lawyer
The Effect of Addiction on Sentencing in Drug Cases?