Publications
You are here: Home1 / Publications2 / Wills and Estates Law3 / Coercion and Undue Influence in Making a Will 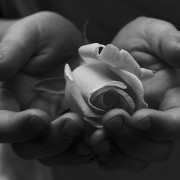 This article is intended to offer general comments on legal developments of concern to individuals, business and legal professionals and is not intended to provide legal opinions. Readers should seek legal advice on the particular issues that concern them. © All Rights Reserved 2010.

What is Undue Influence?

When Does Undue Influence Arise?

Undue influence arises where the deceased was heavily dependent on one family member, such as a child who is living with their parent and providing care for that parent prior to his or her death.  If the parent leaves all of their estate to that child, the other children may suspect that their sibling had pressured or coerced their parent into excluding them from the last will and testament.

Undue Influence commonly arises where the deceased leaves their estate to someone whom they have known for a relatively short period of time, such as a boyfriend/girlfriend or even an attendant nurse.  The family members who could reasonably be expected to have benefited from the estate will undoubtedly be concerned that some undue influence was exerted by this “stranger” leading to a last will and testament which does not really reflect the true desire of the deceased.

Changes to a Last Will and Testament

How Can I Prove Undue Influence?

In the case of Re: Willis Estate, 2009 CarswellNS 426, the Court commented on the issues of testamentary capacity, suspicious circumstances and undue influence.  The Court referred to the case of Vout v. Hay, 1995 CanLII 105 (S.C.C.), which is the leading case on the validity of last wills and testaments.   In these cases the Court established that once the formal requirements of due execution are established (i.e. the last will and testament was properly signed and witnessed) there is an automatic presumption that the testator knew and approved of the contents and had the necessary testamentary capacity.  In Vout the Supreme Court of Canada ruled that:

The decision in Vout also established that to prove undue influence it is not sufficient to show only that the beneficiary had the power to coerce the testator, but it must be demonstrated that the overbearing power was exercised and that because of its exercise the last will and testament was made.

The case of Bale vs. Bale highlights some of the issues that commonly arise in an undue influence case.  This was a case which dealt with undue influence with respect to a gift, as opposed to a last will and testament.  In that case, a mother left her estate to her three sons equally.  Prior to her death she gave her farm to the one son who was taking care of her in her old age.  The other two sons had very little part in their mother’s life.  Upon his mother’s death, the one son brought a court application to get a court declaration that the gift of the farm was valid.  The other two sons brought their own court application to say that the gift was invalid and was a result of undue influence.  The Court noted that the mother was old (93 years old) and vulnerable at the time she gave the farm to her son, and went on to consider whether the gift was made under undue influence.

In Bale the Court did find a relationship of dependency and placed the burden on the one son to rebut the presumption that he had unduly influenced his mother to give him the farm.  In the end, the Court disallowed the gift, finding that the one son had exerted undue influence on his mother to give him the farm.  Despite evidence that the mother had full mental capacity and that she was very disappointed with her other two sons, the Court was not satisfied that the gift was made as a result of the mother’s “full, free and informed thought”.  The Court also noted the absence of any evidence to show that the gift was made out of gratitude to the son who was caring for her.

It is interesting to note that the Court found undue influence even though there was nothing wrong with the relationship between mother and son, nor was there any intention on the one son to push his other brothers out of the inheritance.  The relationship of dependency itself was enough to establish the undue influence.

What Are The Remedies Available When Undue Influence Is Proven?

A constructive trust is an equitable remedy imposed by a court to benefit a party that has been wrongfully deprived of its rights due to either a person obtaining or holding legal right to property which they should not possess due to unjust enrichment or interference.

A constructive trust is not a trust, in the true meaning of the word, in which the trustee is to have duties of administration over a period of time, but rather it is a passive, temporary arrangement, in which the trustee’s sole duty is to transfer the title and possession to the beneficiary.

This remedy is particularly useful when the funds from the estate have been converted into or put towards another asset.  For example, where the unjustly enriched person has taken money from the estate and put it towards their mortgage on their house, the Court can place a constructive trust on the house, so that the rightful beneficiary can trace and recover their money into the house itself.

Equitable execution is a means of enforcing the judgment of a court when the judgment creditor cannot obtain satisfaction from the normal methods of execution.  In an estates context, a judge may appoint a receiver to manage the property which was improperly obtained or may impose an injunction to prevent the party in question from dealing with the property.

Rescission is the unwinding of a transaction. This is done to bring the parties, as far as possible, back to the position in which they were before the transaction in question.  In the case of a Will executed under undue influence, rescission will essentially void the Will that has been attacked and return the parties to the position they were in before that Will was executed. 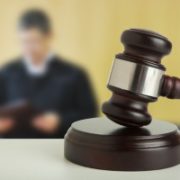 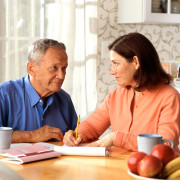 What State of Mind is Needed for a Will to be Valid? 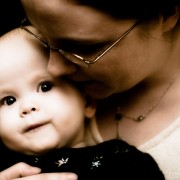 Ask Wills Drafting Lawyer
What State of Mind is Needed for a Will to be Valid?