Publications
You are here: Home1 / Publications2 / Labour and Employment Law3 / Court of Appeal Reminds Employers of the Need for Clear Contracts 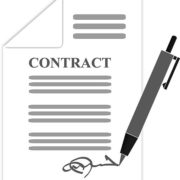 In the case of Howard v. Benson Group Inc. (2016 ONCA 256 (CanLII)) the Ontario Court of Appeal stressed that employers risk liability if they fail to have an enforceable termination clause in a fixed term contract. A fixed term contract generally refers to a contract that is subject to a definite period of time and is sometimes used by employers.  For example, the employer and employee agree that the employee will be employed from January 1, 2017 – December, 31, 2017. Generally speaking, at the end of the fixed term period, the contract will simply come to an end. Accordingly, the employee will not be owed anything for statutory or common law notice or severance from their employer.

What Happens When There is an Ambiguous Agreement About Early Termination

What happens when a fixed term contract is terminated without cause prior to the expiry of the fixed term and the contract does not contain an enforceable early termination clause? The Ontario Court of Appeal addressed this question in the Howard case (cited above). The facts in Howard are straightforward. Howard was employed with the Defendant, Benson Group Inc. pursuant to a five (5) year fixed term contract.  The contract contained the following termination provision:

The employer terminated Howard’s employment without cause after 23 months.  Howard sought damages equal to the balance left on the fixed term (i.e 37 months). The Employer disagreed taking the position that Howard’s entitlements ought to be in accordance with the early termination clause in the contract outlined above, which would be considerably less than the 37 months that Howard was seeking. The lower court Judge rejected the Employer’s argument that the early termination clause in the contract was enforceable and found that it was unenforceable due to ambiguity.

Accordingly, the lower Court found, Howard’s damages should be determined in accordance with the principles of the common law requiring reasonable notice and therefore rejected Howard’s position that his damages should be  based on the balance owing for the remainder of the fixed term; which was 37 months.  Howard appealed. (The Employer did not appeal the Motion Judge’s finding that the termination clause was unenforceable.)

[44]   In the absence of an enforceable contractual provision stipulating a fixed term of notice, or any other provision to the contrary, a fixed term employment contract obligates an employer to pay an employee to the end of the term, and that obligation will not be subject to mitigation. Just as parties who contract for a specified period of notice (or pay in lieu) are contracting out of the common law approach in Bardal v. Globe & Mail Ltd. (1960), 1960 CanLII 294 (ON SC), 24 D.L.R. (2d) 140 (Ont. H.C.), so, too, are parties who contract for a fixed term without providing in an enforceable manner for any other specified period of notice (or pay in lieu).

More importantly, the Court held that there is no duty to mitigate damages. Normally a wrongfully dismissed employees has an obligation to minimize his damages by looking for alternate employment. The circumstances in Howard are an exception to this rule. Meaning, the employee’s damages, will not be subject to any deductions in the event the employee earns other income from the date of termination to the end of the fixed term. This is a departure from the common law obligation to mitigate in cases where the employee is provided with common law notice. The Court rationalized that unlike reasonable notice under the common law, the parties to a fixed term contract decided to opt out of the common law reasonable notice approach and therefore the duty to mitigate should not apply.

In conclusion, the Howard case is a stark reminder of the importance of having a properly drafted and enforceable early termination provision in any fixed term contract.