Being convicted of an offence under the Controlled Drugs and Substances Act (CDSA) can have serious consequences in terms of sentencing by the courts, international travel, employment and in society generally. This article is intended as an aid for people both before and after their sentencing so that they are aware of what those consequences are.  The information here is not specific legal advice.  If you have specific questions about your situation then speak to a criminal lawyer.

2. The Purpose and Principles of Sentencing in Drug Cases is Different From Other Criminal Offences

Without restricting the generality of the Criminal Code, the fundamental purpose of any sentence for an offence under this Part is to contribute to the respect for the law and the maintenance of a just, peaceful and safe society while encouraging rehabilitation, and treatment in appropriate circumstances, of offenders and acknowledging the harm done to victims and to the community.

This sub-section is different from the purpose and principles of sentencing found under section 718 the Criminal Code, which reads,

(a)    To denounce unlawful conduct;

(b)    To deter the offender and other persons from committing offences;

(c)    To separate offenders from society, where necessary;

(d)    To assist in rehabilitating offenders;

(e)    To provide reparations for harm done to victims or to the community; and

(f)     To promote a sence of responsibility in offenders, and acknowledgment of the harm done to victims and to the community.

3.  Drug Cases Have Their Own Unique Aggravating Factors

Factors to take into consideration

(2) If a person is convicted of a designated substance offence for which the court is not required to impose a minimum punishment, the court imposing sentence on the person shall consider any relevant aggravating factors including that the person

(a) in relation to the commission of the offence,

(b) was previously convicted of a designated substance offence; or

(c) used the services of a person under the age of eighteen years to commit, or involved such a person in the commission of, a designated substance offence.

If a court chooses to avoid a sentence of imprisonment, and these aggravating factors are present then the CDSA requires that a court provide reasons for that decision.

There are several sentences available to judges. They include:

(b)   A conditional discharge,

As mentioned above, however, there are many circumstances where the imposition of a sanction other than imprisonment requires reasons from the judge. Also, as you will see in the table below, there are several offences which carry mandatory minimum penalties of imprisonment.

5.  Not All Trafficking is Treated the Same

Trafficking carries different principles and factors than possession offences under the CDSA. Courts generally distinguish between three levels of seriousness for trafficking.

Where the offender is not addicted to the substance in question, courts generally consider him or her not worthy of sympathy.  Sympathy is given, however, generally, where the offences were committed in support of an addiction.

Where there is trafficking in relation to a commercial operation, denunciation and deterrence are the paramount focus of the court.

Proof of these aggravating factors is the same as any element of an offence, beyond a reasonable doubt. Types of evidence used to establish a commercial operation are, amount and value of the drugs, method of obtaining the drugs and the method of dealing.

Different types of drug offences have different penalties.  Many CDSA offences have new mandatory minimums. The following chart is intended to assist you in understanding what those penalties may be.  (These penalties are accurate at the time of publication but may change in the future).

Many jurisdictions in Ontario have, what they call drug treatment court. You will need a lawyer to help you fill out the application for drug treatment court. The court will only accept accused’s persons who are willing to plead guilty, be subject to monitoring and whose drug charges arose out of addiction.  If you successfully complete drug treatment court, you are guaranteed not to be sentenced to imprisonment.

8.  There May Be Consequences for International Travel

While a drug conviction ought to have no effect on travel within Canada, there may be consequences for international travel. Every country has their own eligibility criteria for entry. In many countries, a drug conviction may render a person inadmissible. If you are sentenced on a drug offence, and want to travel to the United States of America, it is advisable to apply for a travel waiver in advance so that you are not detained and possibly turned back at the border.

9.  There May Be Consequences for Immigration to Canada

There may be immigration consequences for non-Canadians.  Foreign nationals and permanent residents who have engaged in “serious criminality” are not admissible into Canada.

In Section 36(1) of the Immigration and Refugee Protection Act  defines “serious criminality”.  It reads:

Many (but not all) drug convictions can be a ground for inadmissibility to Canada.

Record suspensions (formerly pardons) are more difficult to obtain and the waiting periods are longer than before.  Now, the waiting period is five years after the completion of the sentence for a summary conviction offence and 10 years for an indictable offence.

As noted above, having a record for a drug conviction has serious consequences in terms of sentencing by the courts, travel, immigration, employment and social stigma. The recent amendments to the CDSA make imprisonment far more likely for offenders and make a record suspension far more difficult for offenders to obtain. It is for this reason that getting a qualified, experienced, diligent criminal lawyer who can help you defend a charge at the outset is recommended. 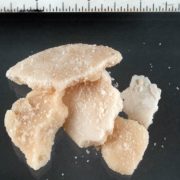 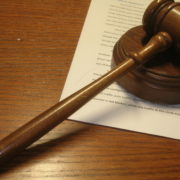 The Effect of Addiction on Sentencing in Drug Cases?
Scroll to top