Publications
You are here: Home1 / Publications2 / Criminal Law3 / The Law of Sexual Assault in Canada 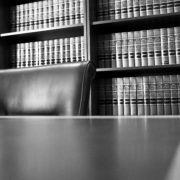 What is The Criminal Law of Sexual Assault in Canada

Section 265 of the Criminal Code of Canada (“Criminal Code”) outlines the offences of assault and sexual assault as follows:

A person commits an “assault” when:

(a) without the consent of another person, he applies force intentionally to that other person, directly or indirectly;

(b) he attempts or threatens, by an act or gesture, to apply force to another person, if he has, or causes that other person to believe on reasonable grounds that he has, present ability to effect his purpose; or

(c) while openly wearing or carrying a weapon or an imitation thereof, he accosts or impedes another person or begs.

(d)   the exercise of authority.

(3) Where the accused alleges that he believed that the complainant consented to the conduct that is the subject matter of the charge, a judge, if satisfied that there is sufficient evidence and that, if believed by the jury, the evidence would constitute a defence, shall instruct the jury when reviewing all the evidence relating to the determination of the honesty of the accused’s belief, to consider the presence or absence of reasonable grounds for that belief.

(2) No consent is obtained, for the purposes of sections 271, 272 and 273, where the agreement is expressed by the words or conduct of a person other than the complainant;

(a) the complainant is incapable of consenting to the activity;

(b) the accused induces the complainant to engage in the activity by abusing a position of trust, power or authority;

(c) the complainant expresses, by words or conduct, a lack of agreement to engage in the activity; or

(d) the complainant, having consented to engage in sexual activity, expresses, by words or conduct, a lack of agreement to continue to engage in the conduct.

(3) Nothing in subsection (2) shall be construed as limiting the circumstances in which no consent is obtained.

273.2 It is not a defence to a charge under section 271, 272 or 273 that the accused believed that the complainant consented to the activity that forms the subject-matter of the charge, where:

(i) self-induced intoxication, or

(ii) recklessness or wilful blindness; or

(b)the accused did not take reasonable steps, in the circumstances known to the accused at the time, to ascertain that the complainant was consenting.

In order to determine if consent was given, the Court will look at the parties’ words, conduct, and reasonable steps.  Words and conduct are important when trying to establish if the accuser consented to the sexual contact, as the Court will not accept an accuser’s silence or passivity as a form of consent; in other words, implied consent is not a defence to criminal sexual assault.  Thus, if the Court finds that the accused continued sexual conduct after the accuser indicated “No” through words or conduct, the accused’s actions can be considered reckless, and he or she can be convicted under the Criminal Code. Undoubtedly, this can be a grey area, as parties’ perceptions of events can and typically will vary a great deal.  Court’s will look at consent from the accuser’s point of view.

There was a time when a person accused of sexual assault had a broad range of legal weapons at his or her disposal, which could be used to attack an accuser’s credibility.  Those times are no more.  If a person is accused of sexual assault, the Court may still allow him or her to use an accuser’s prior sexual history, psychiatric or medical records as evidence that their credibility should be questioned; but these are only allowed in very limited circumstances.

If an accused is found guilty and must face sentencing on a sexual assault charge the sentence could range anywhere from 18 months to 10 years.  Section 271(1) of the Criminal Code states the following:

Everyone who commits a sexual assault is guilty of:

(b) an offence punishable on summary conviction and liable to imprisonment for a term no exceeding eighteen months.

A judge will consider a host of factors when it comes to the sentencing phase, such as history of offences, circumstances of the case, as well as the brutality or lack thereof regarding the assault. Each case is unique.