Publications
You are here: Home1 / Publications2 / Insurance Law3 / The Availability of Punitive Damages Where an Insurance Company Has Acted... 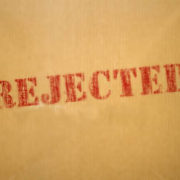 Insurance polices are purchased for peace of mind. If you have purchased an insurance policy, paid the premiums and experienced a loss (i.e. your car is stolen or a fire at your home), an insurance company should indemnify you for your loss (assuming the loss is within the ambit of what is covered in the policy).

This sounds simple and pretty straightforward, and while many insurance claims are paid without incident, at times, individuals find themselves in a situation where their insurance company is denying their claim or unduly delaying payment. Once a claim is denied, you essentially have three options. Specifically, you can: 1) walk away; 2) settle for whatever the insurance company has offered, even if it is considerably less than what you are entitled to; or 3) challenge the decision and commence legal action. Few individuals have the financial resources to challenge an insurance company’s decision to deny a claim, irrespective of the merits of such a decision. The insurance company knows this. When assessing the validity of your claim an insurance company has a duty of good faith and fair dealing. An insurance company has a right to investigate your claim, but they must do so fairly and diligently. Failure to do so and subsequently denying a claim without sufficient evidence may amount to bad faith and a breach of their obligation of good faith and fair dealing. At the same time, some claims can legitimately be denied and their denial will not amount to bad faith. For example, if there is evidence that a material misrepresentation was made at the time you applied for insurance or if there is evidence to support an allegation of arson or fraud.

In its decision, the Supreme Court stated “the denial of the claim was designed to force her to make an unfair settlement for less than what she was entitled to. The conduct was planned and deliberate and continued for over two years, while the financial situation of the appellant grew increasingly desperate. The jury evidently believed that the respondent knew from the outset that its arson defence was contrived and unsustainable”. The Court went on to further comment on the message the jury was sending to the insurance company with such a large award, “the jury decided a powerful message of denunciation, retribution and deterrence had to be sent to the respondent and they sent it. The obligation of good faith dealings means that the appellant’s peace of mind should have been the respondent’s objective and her vulnerability ought not to have been aggravated as a negotiating tactic”.

In awarding $1,000,000 in punitive damages, the jury in the Whiten case sent a powerful message to the insurance company. Namely, if you choose to deny a legitimate claim without any evidence to support the denial and engage in bad faith conduct you risk punitive damages being awarded against you. The insurance industry should take note.

Consult a Toronto Lawyer with Experience in Pursuing Insurance Companies