The defence of fair comment allows for the free expression of opinions on matters of public interest.

Expression of Opinions and Defamation Law 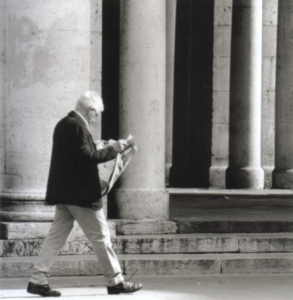 The ability of every Canadian citizen to express their opinion on a public issue is an essential value in our democracy, and one which is strongly protected by Canadian law.  The right to express an opinion is not restricted to the op-ed section of newspapers.  It includes community bulletin boards made from cork and thumb-tacks, as well as online social media platforms.

Sometimes an opinion has a defamatory effect, in the sense that its publication would harm the reputation of a particular person. However, a defamatory opinion may still be legal.

The defence of “fair comment” exists to defend opinions which may be harmful but which are still a matter of public interest.  “Fair” does not have its usual meaning here.  In this context “fair” means that the opinion is supported by facts.  However, this defence is only available up to a point.

So what is the line beyond which the publication of an opinion goes too far?  When does an opinion cross the line into an action for which the author will be held liable in damages, for which no legal defence is available?

Canadian law in this regard was clarified and modified in a decision called WIC Radio Ltd. v Simpson.

The case involved Kari Simpson, a prominent social activist in the lower mainland of British Columbia, who was opposed to proposed changes to the public teaching curriculum in B.C. on the subject of homosexuality (I will use the words and phrases adopted by the Court with respect to sexual identity).  The trial judge found that she had “a public reputation as a leader of those opposed to schools teaching acceptance of a gay lifestyle.”  Some people found her to be aggravating and offensive.

One of those people was Rafe Mair.  Mair was a well known “shock jock” radio personality in British Columbia.  During one of his radio broadcasts he expressed the following opinion:

Before Kari was on my colleague Bill Good’s show last Friday I listened to the tape of the parents’ meeting the night before where Kari harangued the crowd.  It took me back to my childhood when with my parents we would listen to bigots who with increasing shrillness would harangue the crowds. For Kari’s homosexual one could easily substitute Jew.  I could see Governor Wallace — in my mind’s eye I could see Governor Wallace of Alabama standing on the steps of a schoolhouse shouting to the crowds that no Negroes would get into Alabama schools as long as he was governor.  It could have been blacks last Thursday night just as easily as gays.  Now I’m not suggesting that Kari was proposing or supporting any kind of holocaust or violence but neither really — in the speeches, when you think about it and look back — neither did Hitler or Governor Wallace or [Orval Faubus] or Ross Barnett.  They were simply declaring their hostility to a minority.  Let the mob do as they wished. (WIC Radio Ltd. at para. 112)

Simpson sued Mair and his radio station for defamation.  She argued that Mair’s comments were defamatory not just in their plain and ordinary meaning, but that they implied that she would condone violence towards gay people, something she adamantly denied.

The reaction of the courts was mixed:  Simpson lost at trial but won at the B.C. Court of Appeal.  The case went to the Supreme Court of Canada.  Simpson lost.

1.  The Comment Must Be on a Matter of Public Interest

As with other defences to defamation, to be protected the expression must pertain to a matter of public interest.  The Supreme Court of Canada has elsewhere framed this broadly:

The public has a genuine stake in knowing about many matters, ranging from science and the arts to the environment, religion and morality.  The democratic interest in such wide-ranging public debate must be reflected in the jurisprudence.  (Grant v Torstar Corp. at para. 105)

The opinion cannot be made up.  The opinion must state the facts upon which it is based, and those statements of fact must be true.  Alternatively, those facts must be already known by the audience.

What is important is that the facts be sufficiently stated or otherwise be known to the listeners that listeners are able to make up their own minds on the merits of Mair’s editorial comment.  (WIC Radio at para. 31)

Words can be deliberately ambiguous.  They can appear to reference facts, but actually be opinion.  If the defendant in a defamation action has engaged in blurring of the fact/opinion distinction, so that a reasonable person would not be able to clearly distinguish the fact from the opinion, the fair comment defence fails.  In the WIC Radio Ltd. case it was clear that Mair was engaged in opinion.

In Thompson v Cohodes the Ontario Superior Court of Justice, following WIC Radio Ltd., determined that the defence of fair comment was not available to the defendant.  The defendant had used the words “a complete and utter fraud” twice, in referring to the plaintiff, during an interview with the Business News Network. The defendant argued that he was just expressing his opinion. (Thompson at paras. 7-8)

However, there was no evidence the plaintiff had engaged in any fraud.  Following the decision in WIC Radio Ltd, the Court determined that the defence of fair comment was not available to the defendant.  The use of those words by the defendant was not an opinion, but a representation of fact for which there was no evidence.  “The sting that one has committed or participated in fraud is an allegation of fact.”  (Thompson at at para. 27)

To defend against a defamation lawsuit, an opinion must be the honest belief of its author.  Mair denied ever believing that Simpson condoned violence, or expressing such an opinion.  He argued that a connotation of violence was never his honest belief or intention.

However, the Supreme Court determined that the test for honest belief is not the defendant’s subjective belief.  The Court changed Canadian law in this regard by requiring that an objective test be applied:  “[t]he test is whether anyone could honestly have expressed the defamatory comment on the proven facts.”

The Supreme Court examined the underlying facts that had been established at trial, and asked whether an “honest person” who knew those facts could have expressed the connotation that Simpson would condone violence.

The Court said yes.  The Court determined that a hypothetical person, who knew the facts about Simpson, could honestly express the innuendo that Simpson would condone violence:

Simpson’s public speeches were full of references to “war . . . [where] the spoils turn out to be our children”, “militant homosexuals”, “[w]ar, you shoot, they shoot” and so on.  Simpson’s use of violent images could support an honest belief on the part of at least some of her listeners that she “would condone violence toward gay people”, even though Mair denied that he intended to impute any such meaning. (WIC Radio Ltd. at para. 60)

Accordingly, Mair and WIC Radio succeeded in raising the defence of fair comment. Note that the “fair” in “fair comment” has nothing to do with temperance. The opinion does not have to be reasonable in order to be successfully defended.  It can be “obstinate, or foolish, or offensive” provided that it has a basis in underlying facts.

Mair’s “shock jock” radio commentary was determined to be legal.  While it was defamatory of Simpson, the defence of fair comment was successfully established.