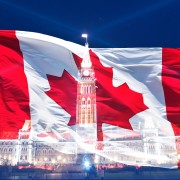 Toronto Defamation Lawyer Gil Zvulony spoke to reporter Kip Keen in 2012 about Cyber Libel in Canada.  Below is a copy of the transcript of that interview  (reproduced with the permission of Kip Keen).

KIP KEEN: I would expect you are seeing quite a bit more of cyber libel cases these days.

GIL ZVULONY: Yes, yes. I mean, with every sort of revolution in publishing comes greater defamation. We had in the beginning of the Internet people who were sophisticated enough to create a website. They were subject of defamation lawsuits. Now with the popularity of things like Twitter and Facebook it’s so easy for anybody to speak about anything or anyone at any time.

KIP KEEN: Many reporters will have taken libel 101 courses, unlike most bloggers. But from the point of view of the court of law in Canada, or abroad, is it true that you’re subject to the same kind of rules as laymen and journalists?

GIL ZVULONY: The law actually protects journalists a bit better than the average blogger, because if it is a libel in the newspaper or in a broadcast then there are stricter limitation periods that apply. There’s a mechanism where an apology could be put in place that would mitigate damages. A regular blogger would not have access to that kind of legislation. So they’re at a disadvantage that way.

You could just as easily libel someone on the Internet than in a newspaper or a broadcast. And arguably a newspaper, is printed on paper, read by some and discarded, while something on the Internet persists. Moreover, the way search engines work, if somebody’s name is mentioned in a particular article and then somebody searches that person’s name that article will come up. Whereas in the past if somebody’s name was mentioned in a newspaper article it doesn’t necessarily follow that somebody researching that particular person would come across that article. Whereas today with Google and the availability for people to post things online very easily, those two in combination make it (the Internet) more persistent and more damaging.

KIP KEEN: There must have been an evolution in the courts as regards cyber libel law as Internet use proliferated over the past couple decades. How often do you see these sorts of defamation cases involving non-journalists?

GIL ZVULONY: Very, very common. The majority of the cases I handle are of that nature. Because usually the journalists will do a pretty good job. The average journalist is not going to accuse a company of being a scam unless they have really good evidence.

KIP KEEN: What is crossing the line online generally speaking? Is it being false or malicious?

GIL ZVULONY: The law of defamation is very complicated. At the root of it, the law tries to protect people’s reputations, but at the same time balance that right of a good reputation with the right of free speech. So it’s a tension. There’s an ongoing tension. So where those two tensions meet that’s where the law of defamation is. And that meeting point fluctuates. Some courts will give a little more weight to the right of free speech, others to the right of reputation. So it’s interesting how the two meet. And they develop case by case

So, where the law stands today: there’s some tension. How vociferous a debate can you have online? Can you throw insults at people. Generally speaking you can’t, but there’s some case law out there that says people reading online understand there are insults and not to take it all seriously.

Now, with respect to mining. There was a very important case in Ontario – I believe it involved Barrick a number of years ago – and basically there was a really massive judgement awarded against a person who was slamming Barrick on various discussion boards. The interesting point about that case was that the court really took note of the damaging nature of the Internet; the potential of the Internet to really damage someone’s reputation.

So that was one of the things the court focused on and it gave availability for the court to give a large amount of damages in that case.

KIP KEEN: I believe it totalled C$125,000. In cyber-libel judgements these days in cases like Barrick’s, what is a typical outcome?

GIL ZVULONY: Typically – we’re talking of cases of your average guy defaming your average guy or your average housewife defaming her neighbour – a lot of these cases go through a very common path. What happens is there’s the online argument, slander or libel (the two forms of defamation, respectively spoken or written). Then there’s maybe some effort to respond or to get it removed directly between the parties. When that doesn’t work the lawyers will get involved. At some point it may get removed. If not, then a lawsuit may be started.

And then usually, I would say nine and a half times out of ten, somewhere along that litigation process there will be some sort of resolution. Either the plaintiff backs off, maybe realizing they don’t have a good case, or the defendant backs off and agrees to remove the posting. It’s usually settled on those terms, usually without any money or very little money exchanging hands. Usually, it’s an apology.

But, when it gets in front of a judge, then all sorts of things come into play. Is it a person who is being defamed or a company? If it’s a company then it’s the pocket book that can really be hurt not feelings. You know a company doesn’t have feelings. That sounds trite but you would be surprised how many plaintiffs’ lawyers would go after hurt feelings like that. [Chuckles]. So you have those issues.

KIP KEEN: In many of these cases the posters make their comments under a name that isn’t their legal name. So in some cases you see the issuance of court orders telling Internet service providers (ISP) to release IP addresses so that insulted parties can try to find out the identity of the Internet posters. Is that common?

GIL ZVULONY: It can be an expensive process if the ISP is not cooperative. If the ISP is not cooperative then you’re looking at a substantial expense to get a motion to get a court order to order the website to disclose the IP addresses. And even when you get an IP address it is not always a smoking gun. An IP address could lead to an Internet cafe or something like that. So it’s not always a practical option for a lot of people. It’s an expensive option.

A lot of the time though, the plaintiffs know who’s posting. They’re able to deduce this through similar postings or some complaints that were made directly. Sometimes the person will admit it.

KIP KEEN: What do courts weigh when deciding whether to make an order for service providers to give up IP records?

GIL ZVULONY: First of all, the person bringing such a motion, such an application, would have to show that they have a reasonably good case and to show that the ISP has important information that is relevant that they can share. That’s usually it. More often than not the ISP will not even oppose such a motion. They’ll take the position, “Listen, we just want a court to give us blessing for what we’re about to do.”

KIP KEEN: They don’t want to be seen turning over their customer’s personal information too easily, I suppose.

GIL ZVULONY: Right. More often than not they don’t oppose it. They’ll just want you to go through the motion of getting in front of a judge.

KIP KEEN: Does cyber libel make up the majority of cases you see in involving defamation overall?

GIL ZVULONY: I would say, nearly every defamation case has an Internet component…In terms of non-television or newspaper-type defamation, it’s exploded. From what I’ve said before, everybody has access to the Internet. Everybody has a smartphone now. Everybody has a Twitter or Facebook account. Even email. You could libel people by email.

People think that on the Internet anything goes. I think less and less people believe this, but there is still this idea that whatever’s on the Internet stays on the Internet. It’s some sort of zone of unregulated speech. You know, do whatever you want. I think there is that prevailing attitude out there – which is false. 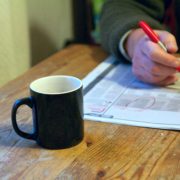 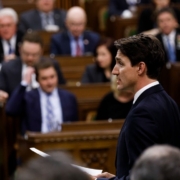