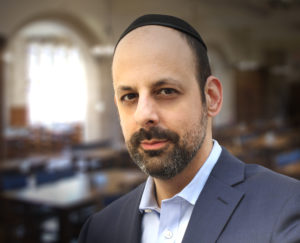 Apologies play an important role in resolving everyday disputes. A genuine apology can bring people to resolve their dispute. It has the power to appease a person, to give room for a person to let the matter go, and to forgive. Saying sorry is part of everyday life. The social benefits are obvious.

Should a person who defamed someone apologize publicly? What are the potential legal benefits and risks to making such apologies?

A. Benefits to Making an Apology

An apology, especially a timely one, may neutralize the harm caused and trigger a sense of forgiveness in the person being defamed. The defamed may forgive and forget and a defamation lawsuit can be averted.

An apology does not guarantee that a lawsuit will be avoided. The amount of harm caused is often a key issue in defamation lawsuits. Even where a lawsuit was started, an apology can help lower harm and lower an award of damages, even if not accepted by the defamed. The presence or absence of an apology is a factor that the court will consider in assessing damages.

While, a timely and genuine apology may reduce the harm done and the amount of damages a defamation plaintiff is awarded, it will never undo the harm caused completely. Courts have recognized “the sad truth that no apology, retraction or withdrawal can ever be guaranteed completely to undo the harm it has done or the hurt it has caused.”

3. Can Rebut Allegation of Malice

An apology can help rebut an allegation of malice. Defamers who publish defamatory statements maliciously do not benefit from important defenses and may also have to pay more money by way of punitive or aggravated damages. A genuine and timely apology can be used as evidence that the libel was NOT made maliciously.

B. Risks of Making an Apology

What are the legal risks to the person making an apology?

Evidence of apology not admissible

In other words, the law prevents a defamed person from using an apology made as evidence to prove wrongdoing. On its face, the Apology Act protects the apologizer.

Also important to note that there are no magic words a person must use to fall within the protection of the Apology Act. As long as there are words or actions indicating contrition (feeling remorseful) or commiseration (sympathy and sorrow) the Apology Act protection still applies. Thus, a statement can still be a legal apology even if it does not contain the word “sorry” or even an admission of legal responsibility.

There are a number of important exceptions to this protection in the civil defamation context.  The Apology Act does not apply to apologies made while testifying in a lawsuit.  An apology made while testifying, including out-of-court testimony such as an affidavit, CAN be used to prove liability.

A person considering making an apology should craft the apology with the Apology Act and its limitations in mind.

C. Risks of Not Apologizing 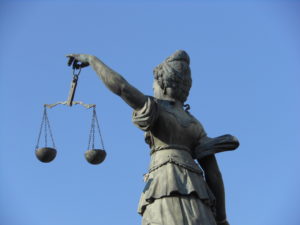 A defamer’s refusal or failure to apologize may be taken into consideration by a court to make the defamer pay more in damages to the defamed.

An apology should not be confused with a retraction, though in practice they may be made together. A retraction is when the defamatory sting is removed from publication (i.e. by deleting an online posting, updating a story, or the like). Both a retraction and apology can lessen the damage caused by defamation. Technically, one can retract a defamatory statement without apologizing.

The apology should be genuine. An apology that does not accompany a retraction may appear disingenuous.  Offering to make an apology is not the same as making one.  A private and confidential apology will do little to reduce reputational harm.

Likewise, an apology should not further defame. For example, an apology like “I’m sorry I called you a fraudster, I meant thief” will do little to lessen the damage to reputation and in fact may increase the damage.

The best apologies are short. It does not take many words to say I’m sorry. Long statements can sometimes make matters worse and sound more like “I’m sorry but….”.

An apology should be well-timed. An apology that is published soon after the initial libel will in almost all cases be better at reducing damage.

Another thing to consider is whether it is better to negotiate the wording and making of an apology in advance before making one? Or is it better to make one unilaterally?

Each case is different. Where a dispute is in litigation or litigation is being considered.  The making of an apology may form part of a broader settlement. With a settlement agreement, the parties can agree to the timing and wording of the apology. Ideally, the parties gain closure and avoid litigation.

Sometimes a negotiated agreement is not possible or not desirable. Can a defendant in a defamation lawsuit apologize unilaterally? Yes. As seen above, there are benefits to apologizing. A genuine apology in public can help reduce the damage done to a person’s reputation – even if the apology is never accepted.

Should a person who defamed apologize unilaterally? Many people do. Each case will depend on its own circumstances. It is clear that great care must be taken when publishing a unilateral apology to avoid some of the pitfalls discussed above.

A genuine, well-timed apology can, in some cases, prompt the defamed to forgive and forget. A well publicized apology also can reduce some of the damage done by the defamatory publication. Great care should be taken when making an apology to avoid some of the pitfalls discussed above. An experienced defamtion lawyer can assist in navigating such pitfalls.